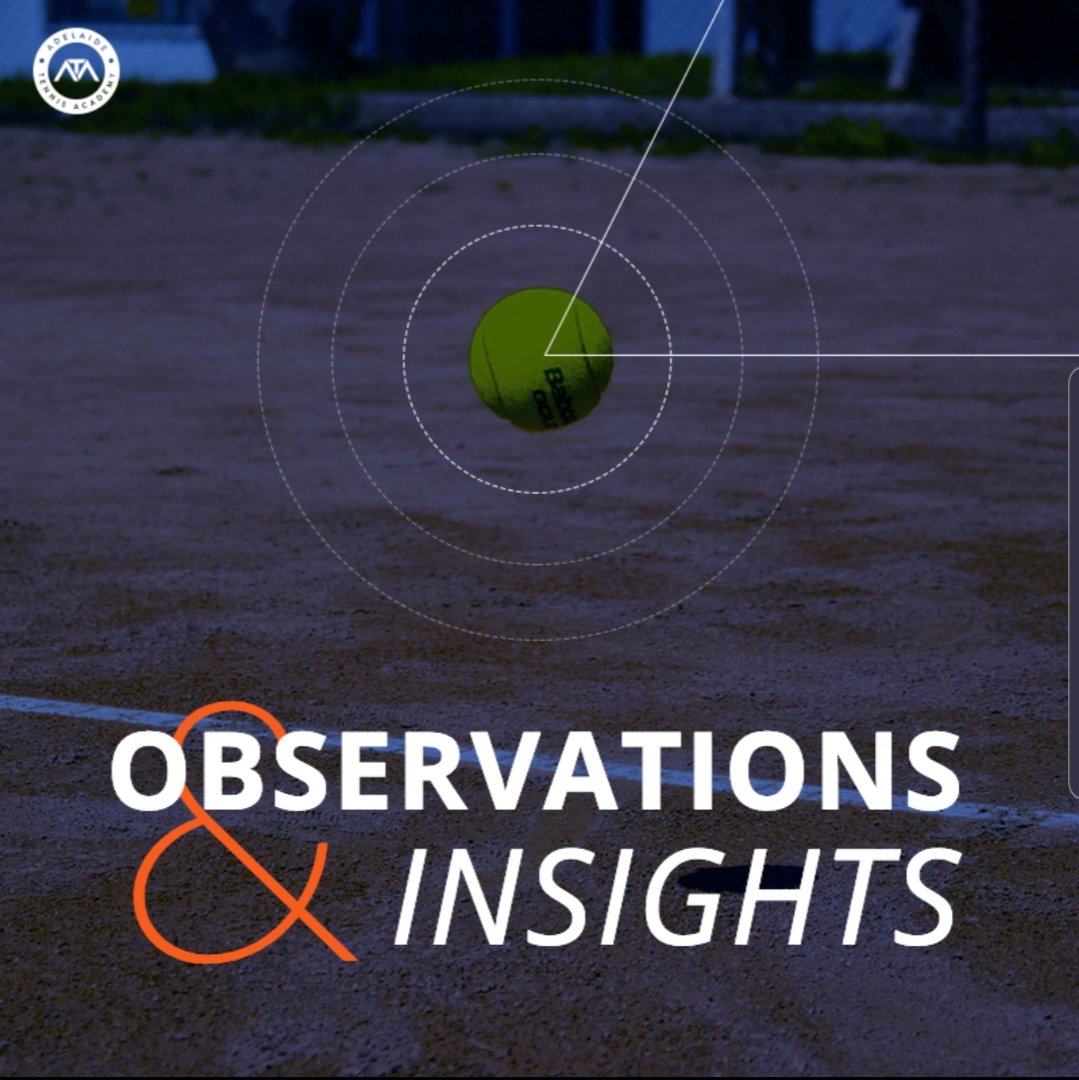 Some insights from 3 consecutive Gold Junior Tour Events in Brisbane and Darwin.

Professionalism
Pre match and Post Match rituals and routines would go a long way to actually managing In-game performance. Players are up and down, the professionalism across the board is poor – no chance of performing consistently. This needs to be taught, I’m not convinced players and families know what they could do better.

The first serve
A high first serve % is misleading at the junior level.. it often reflects zero to no intent. A first serve needs to become a weapon. You cannot flick the switch.. yes you will grow bigger and stronger. But remember you are progamming your mind to just start the point, this can be hard to change.

The Second Serve
Second serves consistently land middle of the box, sitting on the opponents forehand. Direction and Variety must be worked on, for the better athletes they need to work on getting the ball jumping up at the returner to keep their return position further back.

Return of Serve
Take advantage of the second serve. Spread the court, hurt the opponent. On the first serve, most returners are hitting a groundstroke because the serve is not that damaging or coming fast enough -There were very few players moving forward onto the 1st serve return.

Finishing Skills
Less touch volleys and more deep firm volleys that are stuck with Purpose needs to be addressed. Almost all backhand volleys are hit as drop volleys. Confusion between smashes and high volleys is concerning, more net time would be a major plus. Not sure I saw a smash with a reasonable level of difficulty put away once in 3 weeks.

Weapon & Gamestyle
The better kids had a noticeable weapon that consequently led into a clear gamestyle and game plan. Obvious but players must get working on building a weapon.

Movement
Agility, Balance and Coordination. If you’re not working on it then you are getting left behind. Playing other sports would help, if you’re time pressed find a program that incorporates it into their squad structure.

The Parent
Building independence etc etc is all great. But what was blatantly obvious to me was that the kids who had a parent looking afer them performed far better than kids who didn’t. Parents are the most important element to the kid becoming good or not.

Doubles
Both back doubles from the servers should be banned. Serve and Volley should be mandatory on the first serve. Players will appear to play doubles better as they get older.. but sadly it will be from growing and getting stronger, not by getting smarter or tactically better.